Feng Shui or “Wind and Water” is a practical form of geomancy originally born in China that places Sky and Earth in a dynamic relationship, positive or negative, with the living being and through which it is possible to organize the environment in order to allow ” Qi ”to flow appropriately.

Home and work environment are deeply connected with the health and lifestyle of the people. A harmonous relationship with our daily environment is a necessary condition for our well-being. Feng Shui remains an effective method for better develop these promises.
Everything that surrounds us is classified by elements which are: wood, fire, earth, metal and water. The elements are associated with different types of energy, shapes, materials and colors.

These are in dynamic interrelationship that means that the presence of each element can be of nourishing, weakening or controlling the other ones. 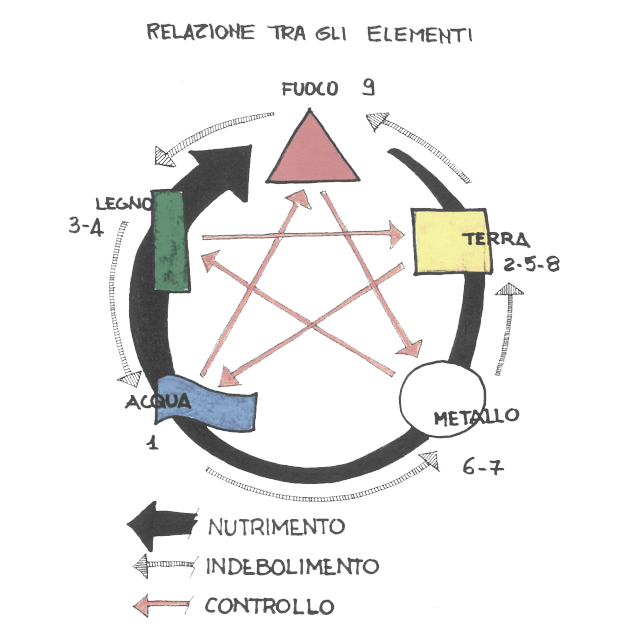 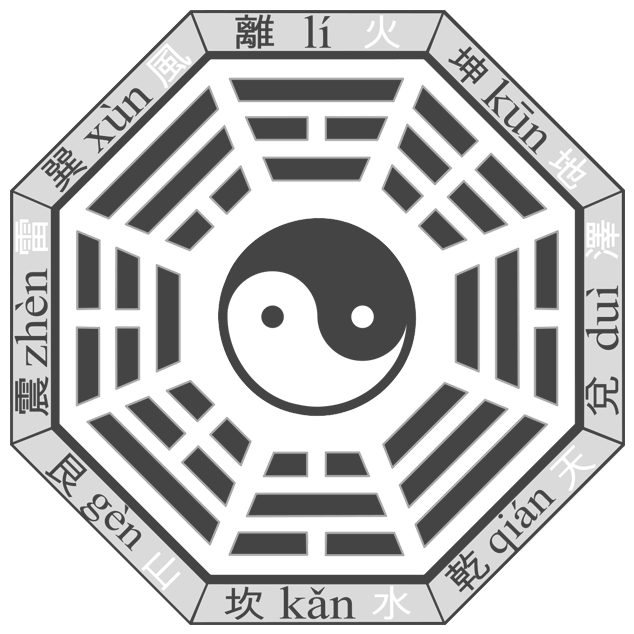 Ancient scripts of Feng Shui date back to the dawn of Chinese civilization (4000-2500 BC). According to the legend, the first mythical emperor of China, the Shepherd Fu Hsi, described in ancient texts as half man and half animal, was meditating on the banks of the river Lo, when he noticed some strange black and white marks on the back of a horse that he identified as the symbolic representation of the perfect order of the universe (diagram He Tu). Later on (ca. 2200 BC), in the same way, a tortoise bearing analogous signs representing the real world (diagram Luo Shu) appeared to Yu who was the founder of the Hsia dynasty.

The signs, known as the “8 Trigrams”, represent the eight cardinal points and seasons. These form the base of the octagonal diagram called Pa Kua (or Ba Gua), that is the founding element of Feng Shui.

The founder of the Chou dynasty, King Wen (1150-249 BC) and his son, King Chou, went beyond the original purpose of I Ching as a divinatory means. They perfected it as a consulting tool to use when deciding which path to take at a crossroads. So they have created the foundations for a philosophical movement.

Even the great philosopher Confucius (551-479 BC) contributed to the development of the I Ching, enriching it and nourishing the pillars of Chinese philosophy, including the Ying-Yang school, which had given birth to the primitive ferment of Taoism, providing the philosophical bases of Feng Shui.

I Ching is still used today, and even modern psychology is interested in it as shown by Carl Gustav Jung example.

When we talk about Chinese astrology (Ba – Zi) our attention turn to man: the human being is at the center, in constant relationship with the Sky and the Earth, and with them in continuous transformation.

The Earth represents the space. The Sky is the time that brings with it the cosmic energy of that precise moment, that the 5 elements through their characteristics imbue in every time with different energy.

The Ba-Zi interprets reality through the observation of overtime changes in nature, thus bringing us back to the essential relationship of these with the space.

The man is born in a specific place (Space) and at a precise moment (Time) and is therefore the result of this relationship. Ba Zi (Ba = 8; Zi = words) are 8 words that speak of a living creature, of his inclinations, abilities and skills.
Through the use of the Ba Zi, we are able to understand our potential and limits and at what time the Sky (Time) offers us the opportunities to evolve with awareness. 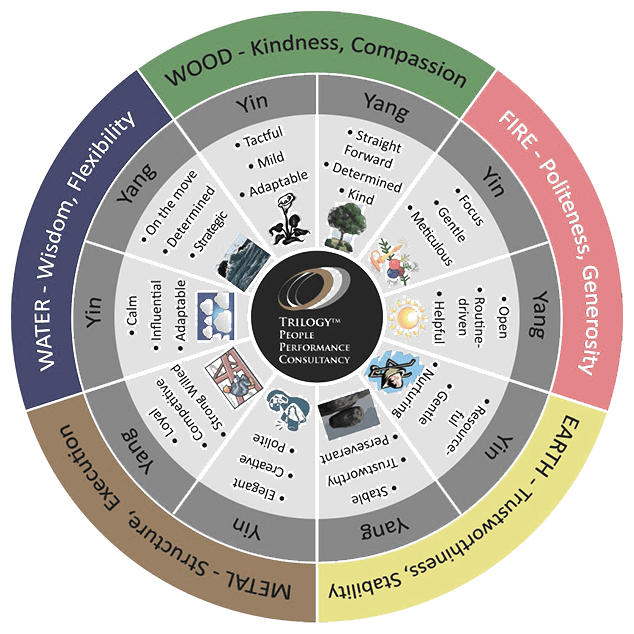